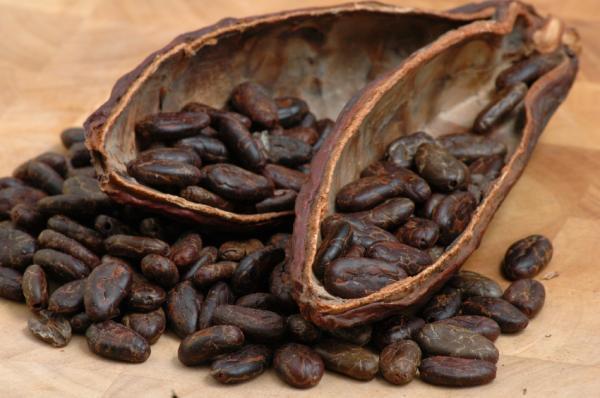 We eat chocolate, we drink chocolate, we make chocolate. But does anyone ever question, where did this marvalous chocolate treat come from? Or exactly what is chocolate? The origins of chocolate can be traced all the way back to the Aztecs, and for most of the history of chocolate, the delightful treat was though of as only a drinking ingredient. It was not until the 1800s that chocolate became what it is today – a sweet, confectionary ingredient.

Where did chocolate come from?

The exact origin of when chocolate was discovered can not be accurately defined, however most historians roughly estimate it’s 4,000 year history to have begun in modern-day South America, with the cultivation of cacao plants in tropical rainforests. The ancient Mayan and Aztec communities would roast and grind the cacao beans to make a frothy drink that included other spices. They also believed that the crop had magical characteristics and would use it in sacred rituals.

From the 14th century, cacao beans began to be used as a form of currency that was used in trading situations. This helped the cacao bean to travel further across the world and into Europe, where it was still only being used an ingredient to make delicious drinks. Chocolate at that time was seen as a symbol of wealth, power and luxury.

Chocolate remained an aristocratic secret until 1828 when a Dutch chemist found a way to pulverise the cacao, removing its bitterness and creating the solid form of chocolate as we know it today. By the later years of the century, companies such as Cadbury and Nestlé began experimenting with variations of chocolate and marketing their products internationally.

And that’s the history of chocolate in a brief summary. Thanks to the discovery of the cacao beans and the growth of chocolate varieties in the modern world, we can now enjoy all the different types of chocolate within our cooking and create chocolate recipes for every occasion.